After her huge success with Seinfeld, many didn’t see the HBO sensation Veep coming for Julia Louis-Dreyfus. However, now Louis-Dreyfus has yet another hit in her outstanding career. The series began in 2012 and is approaching its final season. If you’ve never seen the show, it follows Selina Meyer (Julia Louis-Dreyfus) as she struggles with her lack of power and incompetent team as Vice President. Later she does become President for a time, but that’s another story. Anyway, it’s a political satire that focuses on the most bizarre and absurd that could happen in the American government and political process. However, it’s not just the situations, but the characters make the show phenomenal!

Veep And The All Star Cast

We cannot reiterate enough how insanely talented the Veep cast is! To start with, Julia Louis-Dreyfus plays a narcissistic politician who we first meet as Vice President. Her relationship with the President is strained, but then again so are most of her relations, including with her daughter Catherine (Sarah Sutherland). Watching Julia Louis-Dreyfus is hysterical. For this role, she’s won six Emmys! Oh and three Screen Actors Guild Awards, in addition to receiving five Golden Globe nominations.

Some of the other stars of the show include the hilarious Tony Hale who plays her personal assistant, Gary. Hale won two Emmys for playing Gary. We also get to watch actors like Matt Walsh, Anna Chlumsky (5 Emmy nominations for her Veep role), Timothy Simons, Reid Scott, Sufe Bradshaw, Kevin Dunn, Gary Cole and Sam Richardson. 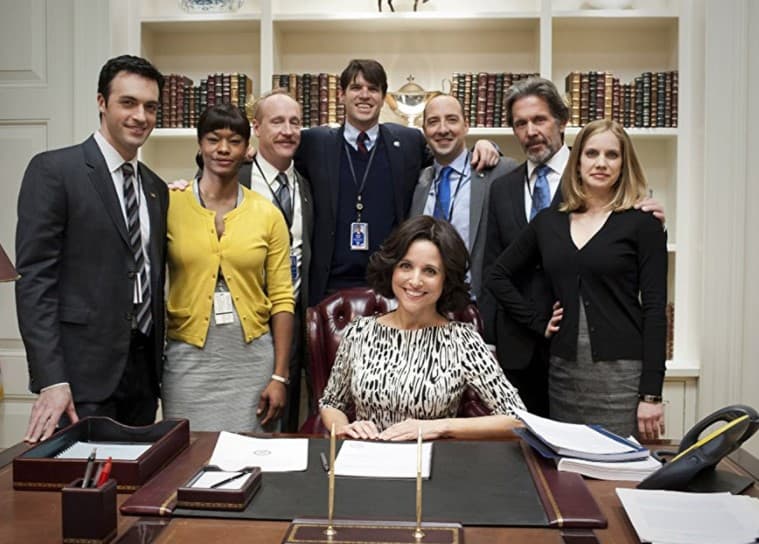 Veep And The All Star Cast

Again, this show has been celebrated far and wide since its premiere with HBO. For six consecutive years, Veep was nominated for the Outstanding Comedy Series at the Emmys and it won three times. As we mentioned, Julia Louis-Dreyfus won six consecutive Emmys for her role and also three Screen Actors Guild Awards, two Critics’ Choice Television Awards and three Screen Actors Guild Awards. Not to mention those Golden Globe nominations. Matt Walsh also was nominated twice for his role. We could go on and on. 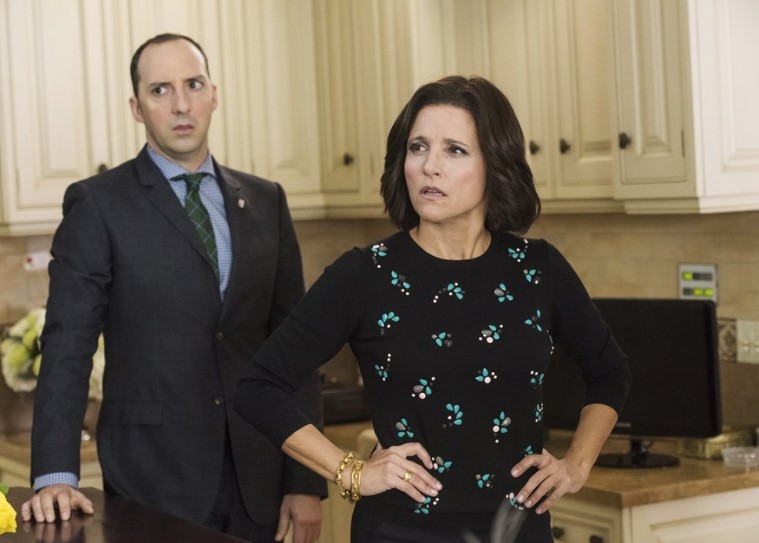 Veep was actually adapted from a British show called After the Thick of It. Initially, Julia Louis-Dreyfus did not want to reveal the political party of any characters or show the President on the show. However, in the episode “Election Night” the state she wins is represented as blue, so this somewhat implied her affiliation with the Democratic Party. Their final season, season seven, will air in 2019. When speaking with The Hollywood Reporter, Louis-Dreyfus spoke about how hard it was for her and co-executive producer David Mandel to conclude the show. She said, “It became clear that this season should be the last season. We don’t want to repeat ourselves or wear out our welcome. The story has a finality to it that feels end-of-series.” 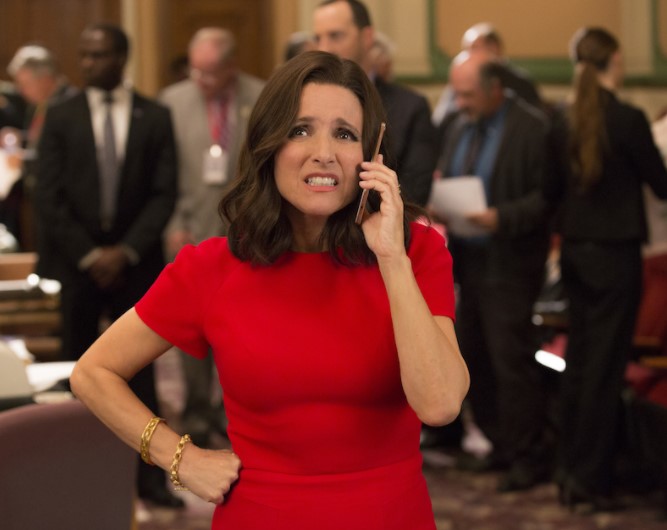